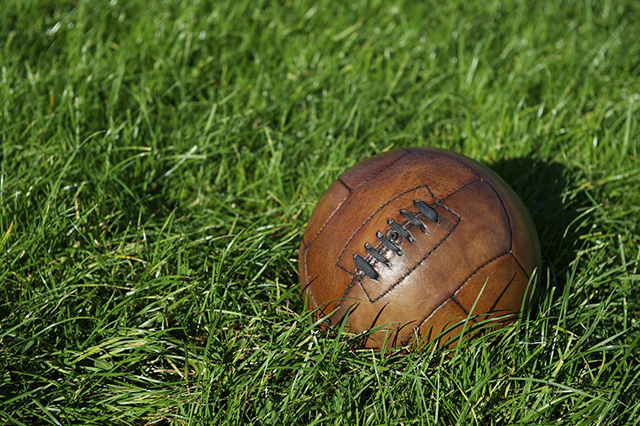 If you’re anything like the majority of English football fans, you’re most likely not-so-patiently for the conclusion of the English Premier League in late May. But was the sport always so well-received… was it always spurred on by the same traditions and love of the game? In today’s blog, we’ll be looking at the history of football as it relates to its ardent English fans, and how it compares to its international sport counterparts.

A change of the game

England is the spot where the rules of football were officially put on paper, where the game first embarked on its journey toward international popularity—so it’s no wonder that the game is still thriving in this country in 2015!

But, of course, there are some key differences between today’s game and the game of yesteryear. Many critics note that while in earlier decades, watching a match was easier to do, today’s stadiums and lack of room for game goers to stand and watch make the game less accessible and more welcoming to those fans who are able to pay higher prices for their ticket. That’s certainly something that can happen when the game achieves international fame—while more fans from around the world are able to take part in rooting for their favorite team, it is a much bigger (and costlier) production.

Because of football’s new status as a foothold of international sports, English game goers may also notice a more welcome change: more controlled crowds. While passionate fans will still sing from their seats in support of their team, relatively new rules and guidelines by the Football Association make less pleasant shows of crowd reaction, like fights and fruit-throwing, not as popular or widespread a tradition.

For international fans, one of the best aspects of the modern game is its ability to unite fans and make new ones. In past years, if you were living in a country less involved in the game, like the United States, you would be hard-pressed to find a friend who would cheer on your favorite team with you (if you even had a favorite team!). Football’s worldwide following, coupled with 21st century technology and social media, makes finding like-minded fans easier and more common than ever.

American fans may struggle to understand the ins and outs of English football and its worldwide following—even if they participate and watch matches, they don’t necessarily have anything to compare the sport to. American football has an extremely wide following, for example, but it lacks the international appeal, multiple league format and other complexities of football as Europeans and the rest of the world know it. Like we mentioned earlier, fans might break out into song at an English football game… this passionate showing of pride is less familiar in the States, where fans are more comfortable painting their faces or chanting to express their reaction. Football retains some of the “cozier” fan atmosphere of its early days, despite having grown into an international phenomenon.