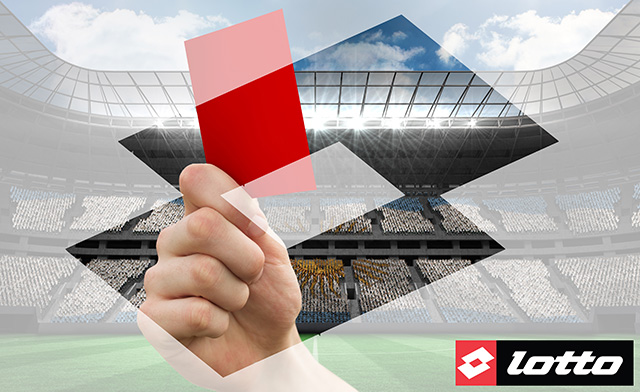 Did you know Ukrainian football club Shakhtar Donetsk recently got its name into the record books... for not such a great reason? Earlier this March, Shakhtar Donetsk’s Olexandr Kucher made history for his team by getting the fastest red card the league has ever seen! Kucher tripped an opposing goal-bound player just three minutes after the game’s start.

While Kucher’s red card made history, getting one is not something you want to be remembered for! Here is our quick red card review on what warrants the dreaded penalty… and how you can avoid it for your team.

Avoid foul play: Like in Kucher’s case, a player can receive a red card and be ejected from the game for exhibiting deliberate offenses during the game: pushing, tackling from behind, and tugging on your opponent’s jersey are a few examples of foul play that can warrant a red card, depending on the severity of the offense.

Watch your tongue: Red cards don’t just apply to what you do with your feet and hands—players must avoid verbal abuse or spitting to get their anger at a missed play across. Keep it civil!

Leave it on the field: We know the struggle for control can get intense and, sometimes, pushy… just don’t let your aggression toward the game result in a physical confrontation. You will receive a red card for kicking, punching, or headbutting an opponent.

Watch out for yellow cards, too: While you receive yellow cards for relatively less serious offenses, don’t treat them lightly! Two yellow cards equal a red, and will prevent you from playing in the next game.

Be fair. We feel this is a pretty common sense rule, but when you’re out on the field, tensions can run high and “being fair” might seem like a tough thing to do. Just be careful—for example, one major act of unfairness, denying a clear chance at a goal for your opponent by unsportsmanlike means, will earn you an instant red card.