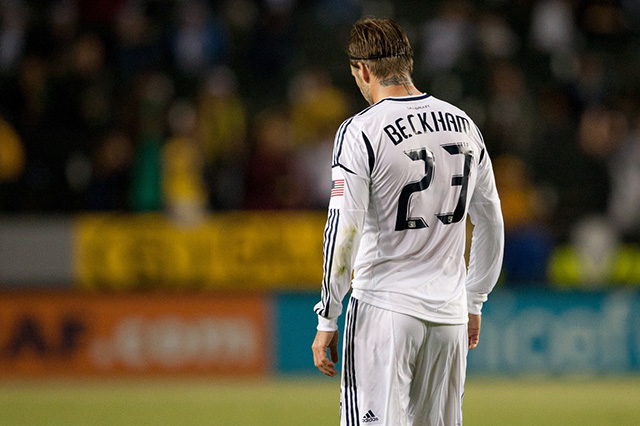 10 years ago, if someone had suggested that Brazilian star Kaká would be playing in Major League Soccer (the MLS) today, nobody would have believed it. The MLS has long been a relatively low-profile league, ignored by most soccer fans in other countries, but in 2007, heads were turned when English star David Beckham moved to L.A. Galaxy. This was the first time a high-profile European player had moved to the league, as it was previously filled with mostly North Americans. The best players to have graced the league before Beckham were American stars like Landon Donovan and Eric Wynalda.

Since Beckham’s big-money move to Los Angeles, the rate at which big names move to the MLS has kept increasing. Some of the big names that have moved this season include Steven Gerrard, Andrea Pirlo, Kaká and David Villa. While most of these stars are past their peak level of play, Kaká and Villa are both only 33, and probably have quite a few years left to shine on the pitch. And, excitingly, some players aren’t waiting until their 30th birthday to move across the Atlantic. Sebastian Giovinco, Toronto FC’s star player, is a 28 year-old who used to play for Juventus and other Italian sides.

The level of play in the MLS has undoubtedly increased as a results of these imports. Three of the four nominees for player of the year last season in the MLS used to play in the English Premier League, and Robbie Keane, who won the award, is a Tottenham Hotspur and Ireland legend. These performances are proof that these players do not come to the MLS “to retire” or “for the money”, as some cynics have claimed. These stars have played with a level of competitiveness that proves their respect for the league.

This era for the MLS is reminiscent of the 1970s in the North American Soccer League (the NASL). That decade saw soccer become popular for the first time in the United States, and many of the world’s best players, including Pelé, Franz Beckenbauer and George Best chose to finish out their careers for American teams. The NASL, however, went through financial troubles in the 1980s and soon folded. For the MLS, the future looks much brighter than the fate the NASL saw. Soccer is much more popular in America today than it was in the 1970s, and the United States is producing many more quality players than before. The average attendance in the MLS is over 19,000, and has increased by 41% from 2009 to 2014.

All this means there has never been a better time to be a soccer fan in the United States. Even the southeast now has an MLS franchise in Orlando, and will soon have a second in Atlanta. In 2017 or 2018 Minnesota United FC will become the first team in the northern Midwest to have an MLS team. The more even distribution of teams across the country gives more fans a local team to support and will help expand the league’s popularity.