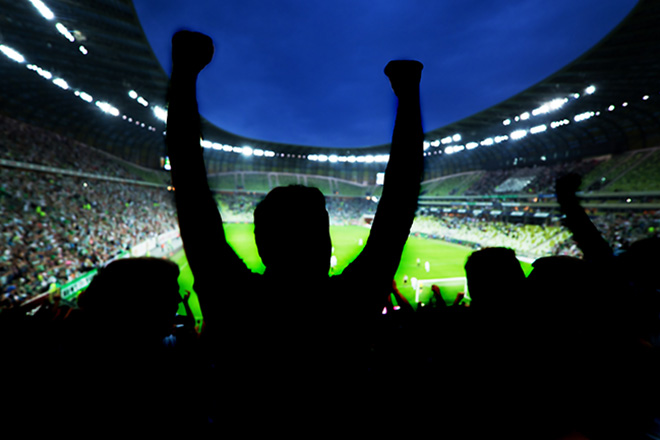 Along with the famous stars, wild fans and sleek new soccer uniforms, the magnificent stadiums have been one of the talking points of the buildup to the tournament. With that in mind, we’re taking a look at the Arena Corinthians: the spot of the first match and a stadium that has just barely been finished in time for the Cup.

Construction on the Arena Corinthians, or the Arena de São Paulo, started in May 2011. It was planned to serve as one of the 12 2014 World Cup venues and as a home for the SC Corinthians. Although the arena was originally slated for a December 2013 opening, delays and construction accidents set the project back several months.

As a result, the stadium had yet to see full cup-level capacity before the World Cup. It officially opened on May 18, 2014 for a Corinthians-Figueirense match, and its last test was on June 1 against Botafogo—even then, the stadium was only at 37,119 spectators.

But fortunately, the last few days of prep seemed to include smaller fixes: last-minute cleaning, wiring installations and seat wipe-downs, for example. According to enca.com, Corinthians officials expected the stadium to cost between $417 million and $431 million in total, (14 to 18% over its original budget).

A little over 60,000 spectators are able to watch the World Cup from Arena Corinthians’ stands this summer; the opening game between Brazil and Croatia had an attendance of 62,103. Later this year, the stadium will house a more modest crowd of 48,000 for Corinthians’ home games. Before that, however, there are more World Cup games to be played there, including the big clash between Uruguay and England on June 19th at 3:00 PM EST.