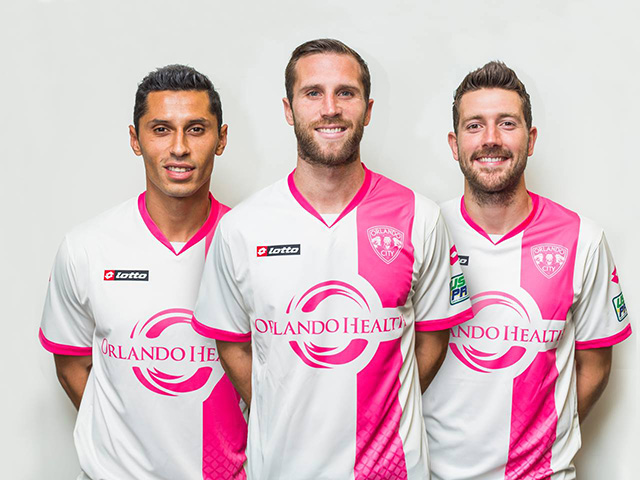 Moisture-wicking, brightly colored and often covered in sponsor logos, we’re all familiar with today’s modern soccer uniform. But it wasn’t always that way! The soccer uniform has transitioned over the years as our culture toward soccer has changed.

In the earliest days of soccer, players didn’t actually wear coordinated uniforms—in fact, for much of the Victorian age, you would have seen players donning white shirts and pants, with perhaps colorful caps or scarves to tell players from opposing teams apart.

This was the standard until about 1870, when the English Football Association Cup became so popular with spectators and the media that more distinct uniforms became necessary to tell the teams apart. This would often mean uniforms in colors picked to match the player’s club—however, this wasn’t standardized like you’d expect today. Because this still wasn’t professional soccer they were playing, players would pay for their own uniform, and had to all bring another uniform in a different color in case the other team wore the same! If the team wasn’t able to pay for these newer, flashier uniforms, they would simply stick to white.

In the early 20th century, soccer jerseys were created in a look that became popular all around the world. This was often a tailored jersey and collar in durable, natural materials. They were often adorned in either thick vertical or horizontal stripes… but it wasn’t until the 1930s and 40s that the world saw one aspect of jerseys we are so familiar with today: player numbers! While today we couldn’t imagine not seeing our favorite player’s number on the back of their jersey, this was done in England first and the rest of the world followed suit following WW11.

In the middle of the century, players began sporting jerseys more similar in material to what we (and our favorite teams) wear today. Instead of being made in thicker, natural materials, jerseys were being made in lightweight, synthetic fabric with short sleeves and v necks.

The actual colors and designs of these jerseys changed over the decades and, in a way, responded to changes in the world’s culture. For example, you would have seen especially bright and flashy jerseys in the 1960s—but the 1970s saw a return to slightly more traditional looks. All the while, these jerseys were being optimized for visibility in brightly lit stadiums.

Now these jerseys only got more lightweight with time—and, as you probably already know, were designed with technologies and processes that made them more comfortable and more easily mass produced. This was important, because the 1980s and 1990s saw more sponsored jerseys than ever. Companies were paying to have their logo branded on players’ jerseys, so it made sense that these jerseys had to be made quickly and by the dozen. Around this time, jerseys also became popular merchandise for soccer fans all around the world—fans wanted to sport the same look their favorite players did, and so the jersey-wearing culture we know today was born.

As you can see, soccer uniforms haven’t always looked the same—but as we the fans have changed, so have they!